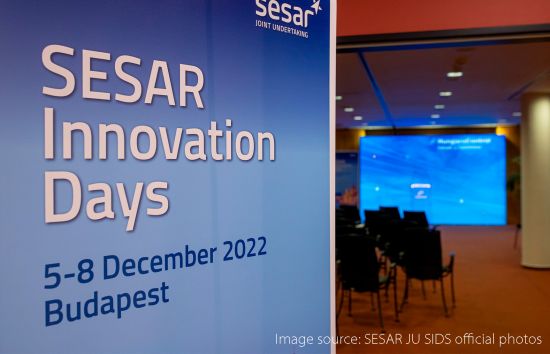 The 12th SESAR Innovation Days took place this past December 5-8 in Budapest. After two years of being remote, the central conference for ATM research in Europe finally shifted to being in-person, hosted by Air Navigation Service Provider HungaroControl. Connecting research, from different maturity levels, with end users and operational experience has always been an objective of the SESAR Innovation Days and this collaboration succeeded in achieving these goals, similar to the Digital Sky Challenge hackathon in 2019.

HungaroControl offered the first registered attendees the opportunity to visit their premises, including their ACC, where they also control Kosovo upper airspace—a border nearly 700km away. The visitors also experienced firsthand the HungaroControl remote tower for the Budapest airport, which will become the main TWR as of January 2023 after 6 years of development. Visitors were also presented the mirTWR project and premises currently in development. Excitingly, these are real and successful examples of the digitalization of air traffic services, the key strategic objective of SESAR3. 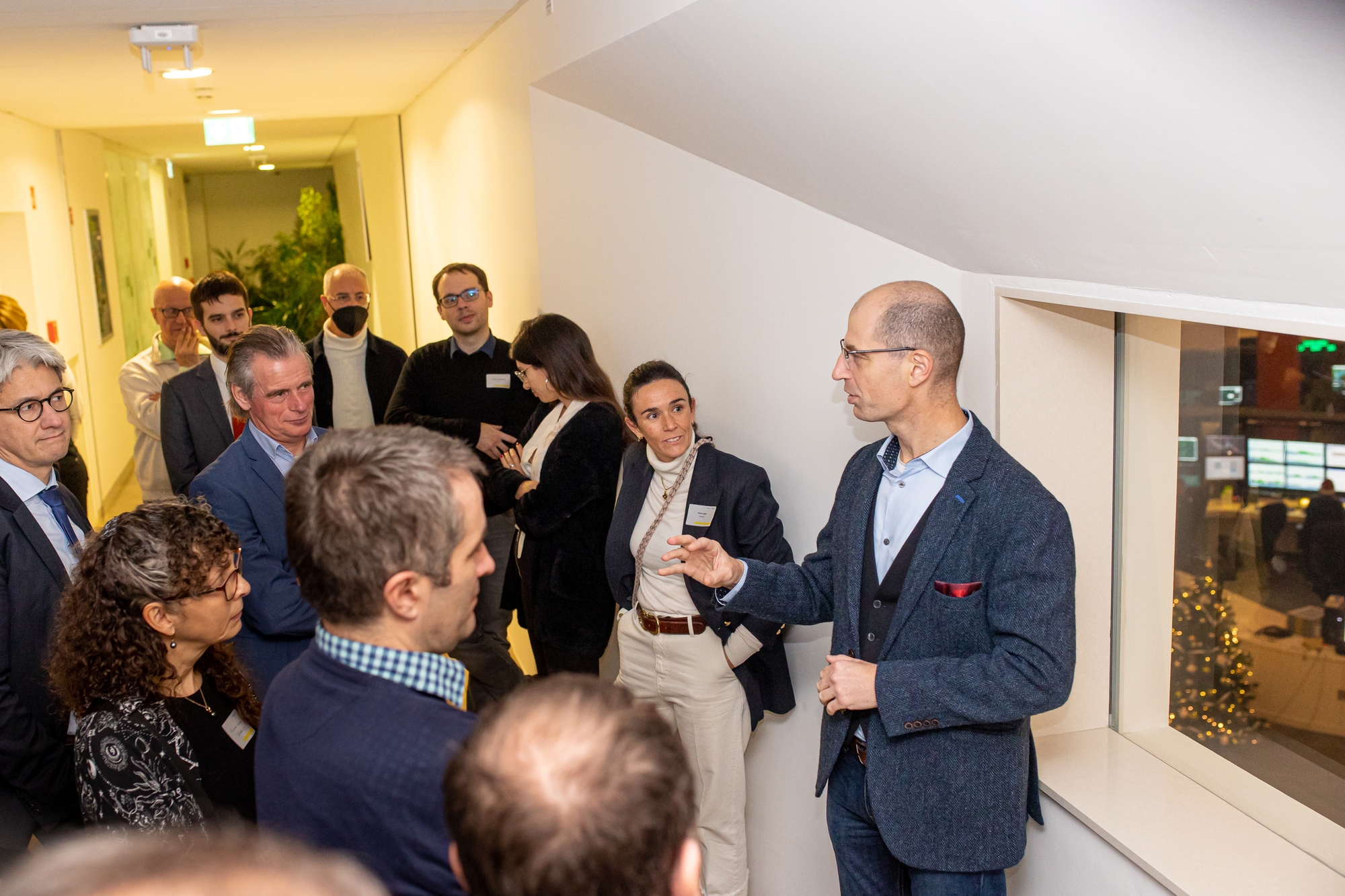 51 papers and 37 posters were presented during the conference, grouped around 2-3 simultaneous thematic tracks combined with plenary sessions. Most of the content presented during the conference was a result of projects co-funded by the SESAR JU, mainly under the SESAR2020 Exploratory Research programme; some content also came from industrial research, with final results to be presented soon. These papers and posters provided some fresh, new conclusions on main topics in ATM research.

While the most popular track for papers was, unsurprisingly, ATM operations, Automation was nearly as popular as the core SESAR topic: 22 of the 51 papers were related to automation. This topic already appeared in the first SESAR work programme as one of the emerging topics promoted by the HALA research network, more than 10 years ago. It now coincides with several exploratory, industrial research initiatives aimed at introducing increasing levels of automation into ATM. Automation has been the most popular topic since its introduction in the SESAR work programme.

Similarly, the Machine Learning and Artificial Intelligence topic was introduced and promoted in ATM research by ComplexWorld. ComplexWorld and HALA were the 2 SESAR research networks funded by SESAR in 2010, aimed at fostering innovative research concepts that may have an impact on the future of ATM research. ComplexWorld, lead by Innaxis, strongly promoted the introduction of Data Science in aviation through events (Data Science in Aviation Workshop), PhDs and projects. Data Science became the precursor of Machine Learning and AI research. At the last SIDs edition, ML and AI was the most popular track after Automation, with 13 papers presented using these techniques.

While ML and AI are related to the automation topic, all these topics are related to the development of decision support tools and, ultimately, require solid research from a human perspective. This consideration of human usage is a key enabler of the introduction of these tools, regardless of the technology behind them. In fact, the next most popular track was Human Factors and decision support tools, receiving 11 selected papers that were presented during the conference. Innaxis presented a poster of their SafeTeam project, co-funded by Horizon Europe, and covering the research on the Human Factors principles of digital assistants in the aviation sector, as discussed on this entry. 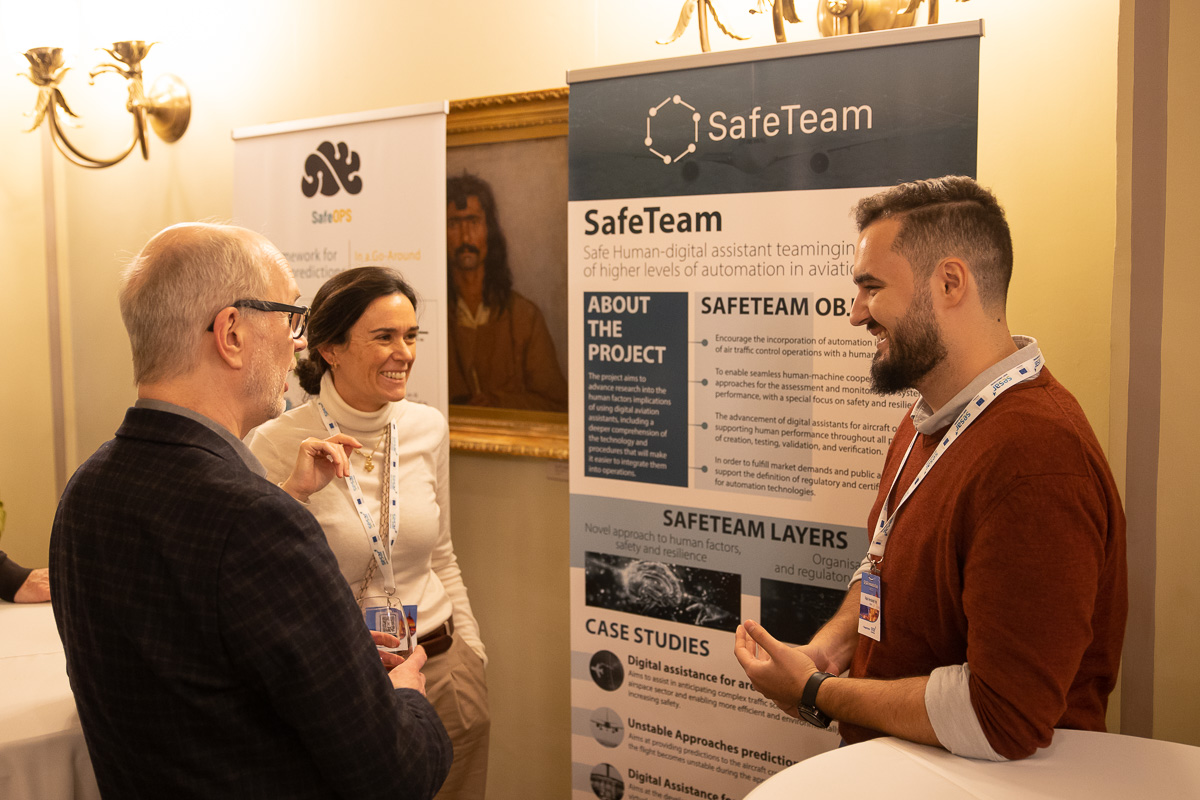 11 papers were related to CNS (Communication, Navigation and surveillance), a very traditional line of research for our community, while 10 of the 51 papers presented where UAS-related results, including drones, U-space and Urban Air mobility. The last SESAR calls for exploratory research included several topics to fund unmanned aerial systems developments, including UTM, attracting a large number of applicants to highly competitive topics. The high representation of UAS in the SIDs in Budapest aligns with this increasingly interesting track that enable much easier field demonstrations than ATM.

The rest of the topics covered from the more core ATM lines of research, like Airport Operations, Network and Flow Management or Advanced ATS to some other areas of research that have maintained present but stable in the SESAR exploratory research ecosystem, like uncertainty or complexity, also part of the ComplexWorld portfolio. Significantly, 7 papers addressed the Environment and meteorology track, in line with the Green Deal strategy promoted by the European Commission.

These results match with SRIA flagship activities that are building the initial blocks to achieve “higher levels of automation, cyber-secure data sharing and connectivity in air traffic management, as well as to enable the virtualisation of its infrastructure and air traffic service provision in all types of airspace and attending the demand of a diversity of air vehicles”, as stated by SESAR3.