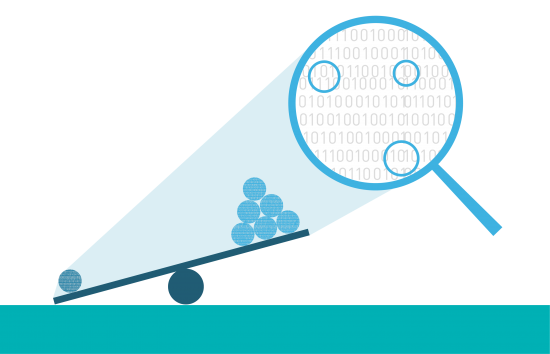 In the other part of this series, we presented and described state of art of the algorithms used to balance datasets. The imbalanced data paradigm is well-researched and several go-to solutions in Python are available for consumption.

A shift in perspective

But what if, instead of trying to balance the dataset, the imbalance problem is tackled from a different perspective? Since the usual problem with imbalanced datasets is that there is very low occurrence in some classes, one solution is to present the detection of rare events. Due to its nature of malfunctioning, these events are usually seen as outliers from the distribution, and well-known algorithms can detect them:

We make a 180º change of perspective here and try to tackle the imbalance classes prediction as a outlier detection problem. From isolating the rarities using decision forests to dealing with the curse of dimensionality, we have covered the most used algorithms for outliers detection. Finally, we have presented some standard methodologies for dealing with anomalies in time series.

Although this is well-researched topic, by no means is it closed. Cutting-edge performance algorithms are popping out every year. Stay tuned, as without grasping the future of this topic, it is entirely possible that in the coming years there won’t be such thing as an “imbalanced data problem”.

Predicting a highly probable event with sufficient amount of data is not a challenge for a sufficiently skilled Data Scientist. However, the reverse of this is challenging, especially concerned with algorithm performance…

A common approach is to sample the datasets to modify data distributions to create a “new” balanced dataset. Data re-sampling is commonly used in data science to validate machine learning (ML) models…