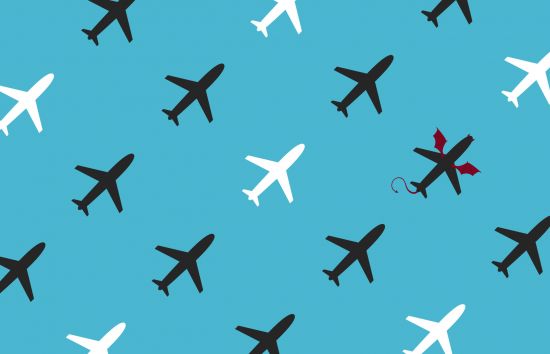 Sympathy for ATM: Is the industry getting it right?

“Please allow me to introduce myself…”

These are the words to the opening track of a 1968 well-known rock song. Now, imagine the current Air Traffic Management System (ATM) needed to introduce itself. How do you envision the ATM system today? Do you see it as a 1920s telephone switchboard operator connecting plugs into the communication jacks, or perhaps a more autonomous cyborg-looking type robot powered by Artificial Intelligence? Though your perception of the ATM system today may not neatly align with either example, it most likely overestimates the little progress that has been made by the industry in the way of digital modernisation and automation since its inception, one hundred years ago.

The past several weeks have been very interesting and active for the ATM Research and Innovation community, which is now closer than ever to reaching its breaking point with continued calls for Sympathy for ATM. Through a fantastic series of European Aviation fora, such as Aerodays, SESAR Innovation Days, and Aviation Hard-talks, the realisation for modernising ATM is yet again cleared for takeoff. Under CAVOK conditions, ATM modernisation has also been supported by substantial economic investment from European funds. However, the ATM system is still very much based on aging technology and inefficient procedures. The economic loss and environmental impact associated with these inefficiencies are huge for a market that is estimated to be worth billions of Euros. Just recently, Eurocontrol reported fuel inefficiencies in the European air traffic management network that used, on average, between 8.6% and 11.2% more fuel than the most efficient flights (ECTL).

While the ATM industry is fully aware of these inefficiencies, the European Commission (EC) continues to support the industry through strong promotion and financial grants to cooperate, collaborate, research and innovate; at this point, however, one must wonder if the EC will enact measures that empower ATM for the rapid adoption of new technologies. New technologies and their rapid adoption will ultimately generate more business opportunities and increase efficiency for ATM.

While we all agree aviation safety levels must not be compromised and that we must continue to uphold ATM’s high-standard safety records, we must also learn from other industries in rapidly incorporating and scaling up new technologies that will help build a more cost-effective, climate-neutral ATM system. Last year, EASA took a first leap into publishing its Artificial Intelligence Roadmap, establishing an initial vision of the safety and ethical dimensions of the development of AI in aviation. The use of Artificial Intelligence in ATM is recognised as a key technology when supporting non-safety tasks more efficiently; however, data scientists know this is just the beginning. Artificial Intelligence disciplines such as Machine Learning and Natural Language Processing are evident candidates for rapid adoption in the air traffic control room, having demonstrated numerous advantages when addressing the automation of repetitive tasks.

Promoting the Medici Effect through the intersection of Artificial Intelligence and ATM will undoubtedly increase the levels of automation, safety and efficiency that the industry deserves. Eurocontrol forecasts that traffic may to return to 2019 levels by 2024, in which case there is no time to feel Sympathy for ATM — we must bring back pioneering into Aviation and empower ATM for the rapid adoption of AI technologies. So that the next time we meet, the sounding lyrics to the song will be “I hope you guess my name” (Sympathy for the Devil, The Rolling Stones.)