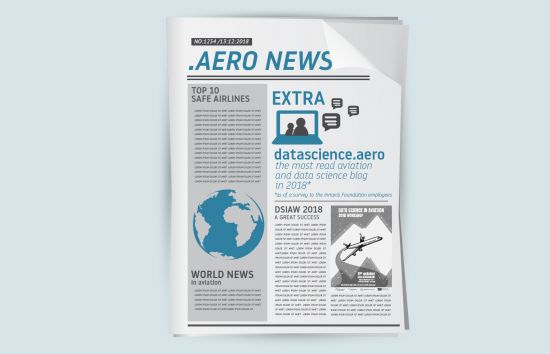 It is fairly common today to encounter news titles of the following form: Researchers have shown that drinking hot tea might increase your risk of developing cancer. There is evidence a certain contraception increases chance of a thrombosis occurring in a vein two times. An observational study provides new evidence that skipping breakfast might lead to a heart attack. Lastly, there is a popular similar example from aviation, often discussed in the media: It has been shown that one is significantly less likely to die in an airplane accident if one is seated in a middle seat of the back rows of an aircraft. These alarmingly sounding pieces of information are often received by general public far more seriously than they should be. Usually, it’s safe to assume that the public may believe that if a piece like that is produced by a very rigorous scientific method, it ought to be taken as a better-safe-than-sorry rule for one’s daily life. More alarmingly, the reader will find that word “significant” in the text, which does carry with itself an ominous connotation of something not to be played with nor ignored. However, how many people reading these headlines are aware of the scientific method behind such findings?

Finding ourselves in the midst of the data science and data revolution, more of us are becoming aware of the role that (big?) data and statistics play in our day-to-day lives. With the data revolution, the term ‘data literacy’ has emerged as well. Wikipedia defines data literacy as “the ability to read, understand, create and communicate data as information”. However, it seems to me that data literacy is still something reserved mostly for experts working with data, difficult to spread outside the “expert zone”. And as data is becoming one of the most valuable and highly priced resources in businesses, and in algorithms one of the most impactful influencers of our decision-making processes, I feel everyone would benefit from putting effort into understanding the most common statistical practices used today (without getting into all the bells and whistles of statistics).

How do you decide whether you should really stop drinking hot tea, never skip breakfast or always sit in the back of a plane? After all, the findings are there and they have been confirmed to be a statistically significant piece of evidence. Only, what exactly is significance testing and why might it be completely – well, pragmatically irrelevant?

How does statistical significance test work? (Improbable is not impossible.)

Therefore, significance testing is a form of a statistical test where a researcher assumes something is true (that is null hypothesis, commonly denoted with H0). Later on, the researcher observes (using the data at hand) an outcome O that is very improbable, but that follows under the assumption H0. As a result, the researcher declares the hypothesis H0 also very improbable. Notice – we are dealing with probabilities and trying to deduce that something is highly improbable, but not impossible! That truly does make a lot of difference. Certain questions might immediately pop into one’s mind after this explanation: What exactly does it mean very improbable? What does that mean in practice? Is this really a proof of a claim? Et cetera.

The value chosen as that measure of improbability for the statistical significance test is called p-value. The traditionally chosen p-value and the one commonly accepted today in the research community is 5%. That would mean the effect we were searching for appears in less than 1 in 20 samples. How was that value chosen? Pretty much ad hoc (more on that later on). Choosing a lower p-value would make the result more meaningful (aka, more significant in statistical, but still not necessarily in practical sense), because it is less likely that the effect we are reporting is just noise in the signal.

A few pitfalls of statistical significance

The criticism of this test is widely discussed in research papers, books and various internet sources (to be fair, people are not speaking so much against the test itself, but more against the interpretation and usage of it: after all, the test is not to be blamed, it is doing what it was designed for). In the continuation, in order to keep this post sort-of short and retain its original purpose of mind-tingling, awareness-raising read, I list only some of the most common objections to this method. An interesting paper touching this subject in the area of aviation research was written by D. C. Ison, titled An Analysis of Statistical Power in Aviation Research, and it can be found here. Indeed, no data-driven research area, including aviation research, is immune to these pitfalls.