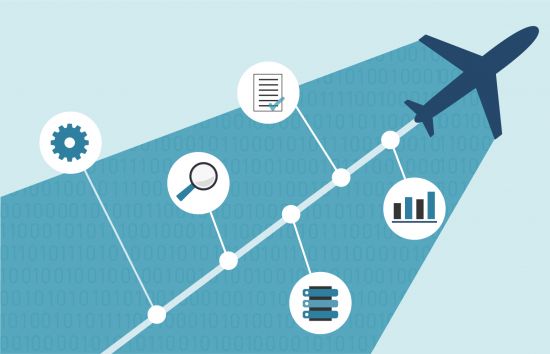 During the last few months of 2019, European agencies rushed to publish a variety of roadmaps for artificial intelligence (AI), specifically focussed on the aviation sector. While AI is a fairly transversal technology where techniques, principles and even infrastructure can be shared across sectors, many industries continue to struggle to identify “killer” business cases that will justify the investments needed to adopt AI technologies. Additionally, in industries such as aviation, the prioritization of safety ultimately ends up placing technical innovation under intense scrutiny. In other words, the adoption of AI hasn’t been as rapid as its own development as a technology.

Even still, that hasn’t kept these several European agencies from proposing lists of areas of applicability, risks, challenges and, in some audacious cases, even complete roadmaps in anticipation of when certain applications will be in place.

The European Commission also formed a High-Level Expert Group on Artificial Intelligence. This group focusses on trust, explainability and human interaction or integration with the technology; in general, this group focusses on ethical issues rather than technical and performance challenges. There is also the AI4EU “consortium” that signed up +80 companies in a project funded by the European Commission. The project provides a “technical architecture” to what seems to be a repository of AI-related initiatives.

Regarding transversal efforts, the French-German Gaia-X initiative is worth mentioning as it competes with cloud providers. While it is impressive to see the grandiosity of the vision, it is curious to see how the competitive business of cloud computing services could be challenged. In the last quarter of 2019, +30B€ was earned globally in revenue; growth and innovation in general also increased. Perhaps strict European regulation on data security could help the development of Gaia-X. Indeed, that is probably the best tool French-German team has in promoting it. So far, the initiative has been received with skepticism by competitors in the space and one wonders if this will not end up in another WTO battle.

Regarding aviation, the SESAR Scientific Committee has finished a paper on “Automation levels of ATC Systems”, though it remains unavailable online. The document provides a comprehensive view of how automation could be introduced in Air Traffic Control. The different technologies needed for such automation include specific mentions of the role of AI. While the document does not introduce details on the specific functions that AI could replace, it serves as a solid reference for all practitioners in the field.

Eurocontrol published their final version of the Fly AI report during the first months of 2020, developed in collaboration with other industry representatives. The document is extensive and provides an overall view of how AI could be applied, including in automation. It also describes potential applications that could benefit passenger experience, airport performance or airborne capabilities. Far from being complete, exhaustive or detailed, it presents ambitious goals of covering airport capacity challenges, ATM complexity, digital transformation and the climate urgency. It is undoubtedly the largest effort to bring a comprehensive view to where we are on the subject in aviation.

Lastly, EASA has also published, almost simultaneously with Eurocontrol, their own AI roadmap. Their roadmap cautiously recommends AI development in aviation within the framework of other high-level guidelines developed by the EU, respecting said guidelines without specifying which apply to aviation. The roadmap aims to contribute and support other efforts while also making EASA a leading certification authority on AI. A more challenging task in the future will be shifting the focus to trust, risk mitigation and human interaction by making AI transparent and explainable; currently, these are areas where clearly AI, being mostly about machines learning complex human processes, can be opaque. The roadmap is presented as a “live” document that will be completed in the future.

Each of these documents undeniably supports the vision of our industry working together to take advantage of the AI capabilities in aviation.