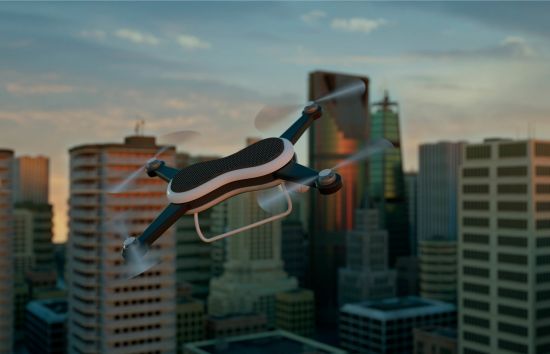 A few years ago, the idea of drones seemed straight out a science fiction movie. These days, unmanned aircraft systems (UAS) are a normal part of our society. From recreational applications such as aerial photography, to surveillance tasks or delivery systems, drones are starting to have a space in our daily lives. There are several studies that analyse this increasing growth, such as this1 and this one. In Europe some studies forecast that the drone Sector will have a dramatic increase in different sectors (aerial assessments, mapping, delivery or disaster relief among others). The global commercial drone market size is expected to reach USD 2.07 billion by 2022 according to a new report by Grand View Research. An analysis published by Statista shows that the drone European market in 2025 will be 3,035 million dollars, from 837 million dollars in 2021 and 99 million dollars in 2015. Moreover in 2021, the US had 204,980 aircraft registered and 854,694 drones, so, even the volume of operations is significantly higher as the number of registered drones is more than 4 times the number of registered aircraft.

This increase in the drone industry will have an impact in many sectors, including the combination Drones and Cities. As autonomous drones have many applications in cities and are always considered in the smart cities paradigm, the operations of UAS in cluttered environments are very complex. We are starting to see institutions address these challenges; for example, in April 2020 EASA published the first rules for safe drone operations in Europe’s cities. Also, we can see examples of partnership between public and private institutions working on this topic, such as the programme PJ24AURA, funded by SESAR Joint Undertaking under the EU H2020 program. This project aims to create a collaborative interface between U-SPACE and Air Traffic Management at Very Low Level markets. Also, EUROCONTROL and partners inaugurated the Paris Region Drone Centre of Excellence and opened a drone corridor ops room at the EUROCONTROL Innovation Hub in December 2021.

We witnessed the first drone operations within cities during the coronavirus pandemic: drones were used by authorities for surveillance lockdown monitoring and for spraying disinfectant. There are also medical supplies deliveries programmes performed with autonomous drones that have been successfully run during the pandemic. In Shangai and Senzen, there have also been trials for coffee delivered by drones (more than 2500 real delivery orders placed). Even Dubai has developed its own drone laws for the city (with a last update in January 2022).

Hence, in the upcoming future, we expect to see the growth of autonomous drones in cities for different purposes (traffic control, delivery tasks, surveillance, infrastructure maintenance). These tasks are to be performed by UAS that use navigation systems, cameras, sensors, and positioning systems to define their path. This combination between drones and cities raises many challenges in different areas. Some of these challenges include: the co-existence between unmanned and manned aerial systems, the increase in the number of operations and control, the needs of new infrastructures and the public acceptance, among others.

Artificial intelligence and drones are two technologies that fit together, as it has been embodied in other media, such as here and here. Regarding the artificial intelligence techniques more beneficial for UAS, computer vision could be used in autonomous drones. Image detection by drones helps object tracking, self-navigation and obstacle detection for collision avoidance. The information gathered by means of image recognition can be used to train models for object classification, pattern recognition and, in the end, train navigational models to develop optimised routes that avoid all kinds of objects (from trees, to moving humans for example).  With all this information being continuously collected and analysed, machine learning models implemented in self-navigation drones will constantly improve their performance. The continuous data update can be used in predictive machine learning models that will be able to predict the optimised path considering a set of features: weather, cluttered environment, offer and demand, remaining battery and so on. Finally, with a more global approach, using information gathered by a fleet of drones could be very beneficial in terms of service optimisation and infrastructure design. Just think of how electric cars’ fleet infrastructure is designed in cities (example can be found here); the same procedure can be adapted to drones in cities.

All things considered, this expected growth of the drone market within cities needs to be accompanied by the most relevant technologies, such as artificial intelligence, to help ensure a safe, efficient and sustainable integration of UAS in cities.