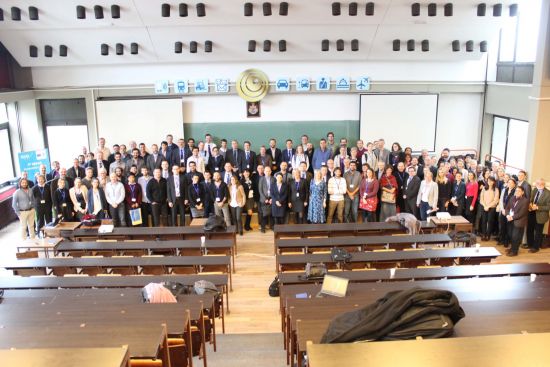 The need for digitalization is becoming imperative in all industries and sectors. So much in fact that there is the impression that those not succeeding in digitalization will ultimately disappear. This speculation was the starting point for the speech from Carlos Alvarez Pereira, Innaxis President, at the SESAR Innovation Days 2017 in Belgrade, which was positively received by the audience and lead to fruitful conversations afterwards. Under the title “Purposeful Knowledge Discovery”, Carlos provided an overall view on artificial intelligence (AI); from historical review of the concept to an identifying current challenges and its application to the aviation industry.

Surprisingly, AI is not a novel topic. In 1956, more than 60 years ago, the Dartmouth Summer Research Project on AI took place which included mathematicians and scientists like John McCarthy, Marvin Minsky, Claude Shannon and Herbert Simon. This is considered by many as the starting point of AI as a field of knowledge. Those participating in the Dartmouth workshop anticipated the AI challenge to be solved by the 80’s. Although they failed in their prediction, and the challenge is still not yet completely solved, there has been significant progress achieved in recent years partly thanks to the advances in computing. A few world renowned milestones achieved during this period includes the DeepBlue defeating Kasparov in 1997 or the most recent victory of DeepMind over the Master of Go Lee Se-dol in 2016.

From the beginning there have been two different approaches to the AI challenge: Rules-based (or Symbolic AI) and Data-based (also known as machine learning); depending if rules are applied to the data or are inferred from them, respectively. Lately, machine learning has gained much traction over Symbolic AI by leveraging the increased access to massive amounts of (open) data and the decreased cost of high performance computation, resulting in better conclusions. The example of the overhaul of GoogleTranslate (created in 2006) to machine learning in 2016 illustrates such improvement of the machine learning results. Nevertheless, is machine learning really replicating how humans learn? To address this question, let’s consider the following machine learning properties:

For the time being and maybe for a considerable amount of time, comparing machine learning to human brain is (at best) a metaphor.