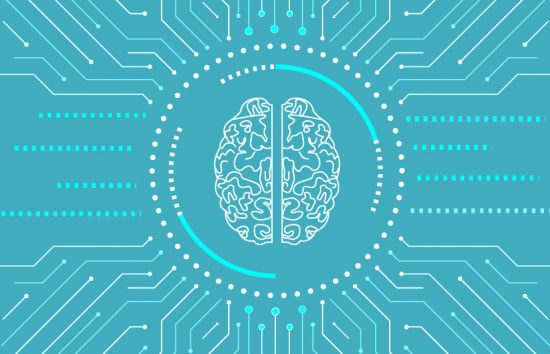 Since the 1950s, Artificial Intelligence (AI) has resufaced from time to time in the mainstream media, often related with cutting-edge research and ominous modelling. Technologies have changed and evolved, reaching a peak with the rise of Machine Learning algorithms and Big Data infrastructures that fully exploit the huge data streams from the digitalised era.

What is Deep Learning and why it is enabling AI?

AI has erupted since 2015, but the real question is why? The main answers are related with the wide availability of Graphical Processing Units (GPUs) that make parallel processing faster, cheaper, and more powerful. It has also grown due to the practically infinite storage capabilities and large streams of information from multiple sources (thus, the whole Big Data movement) – including images, text, transactions, and mapping data. Deep Learning stems from this; as the technology that enables processing and analysis of this extreme amount of information.

Machine Learning is often disputed as a subdiscipline of AI, and Deep Learning (DL) viewed as a set of cutting-edge Machine Learning algorithms; mostly based on layers of Artificial Neural Networks. An interesting facet is that with the right amount of data, deep learning can solve any problem that requires “thought”. The artificial brain represented by layers of neurons is not just poetic; it is the future of Data Science and AI.

Undoubtedly, automation has been linked to aviation in the past. However human control and intervention have always been at the center, in the form of pilots and Air Traffic Controllers. Although other industries experiment, there has not been comparable growth in artificial intelligence as terrain transportation. The ticketing process has already been redeveloped by some airlines. The advancements on the horizon related to delay prediction and mobility enhancing. However, one of the biggest advancements will stem from the cockpit.

It is no secret that there is already some automation in the cockpit. For example, voice recognition applications were introduced in 2015 as a feature within cockpit audio panels. GTN (Global Telecomunication Network) touchscreen navigation systems were also introduced last year. The system performs some of the functions of an attentive co-pilot, such as changing radio channels, reading wind forecasts and providing position information upon request.

Some “intelligent” digital cockpit assistants exist that continuously monitor published forecasts and compare them with the human pilot’s flight plan. Such assistants calculate optimal descent profiles based on aircraft weight and speed, or provide a range of alternative destinations if winds or weather change. However, these assistants come with some limitations. For example, current FMS capacity does not enable more than 3 levels for wind info for each waypoint.

In addition, there are some applications for runway utilisation such as a software system that reconciles aircraft approach, speed and weight with the published length, condition and local weather of the runway. Through a mathematical model the software calculates the distance required for landing and, if it is insufficient, it prompts the message: Runway too short! One critical drawback is that these applications are based on raw mathematical models instead of data analytics. Considering this, interpolation is required due to insufficient information, introducing large biases in the results. In Safeclouds.eu we are improving this approach by using advanced analytics over Big Data and use of Deep Learning algorithms.

The challenge to introduce AI into aviation industry does not stem from technological limitations, but rather defining the right safety cases that will convince certification and regulatory authorities along with the associations of involved professionals. Furthermore, introducing AI-based technologies to onboard equipment is more challenging than applying the technologies to ground software or air traffic management initiatives.

The first issue stakeholders may detect in applying Deep Learning models into real safety aviation problems is the black-box problem in Artificial Neural Networks (ANNs). A neural network is a black box in the sense that while it can approximate any function, studying its structure won’t provide any insights on the structure of the function being approximated. This means that you can predict a safety event with 99% accuracy but won’t know the contributing factors. In this regard, research has made some giant steps. One recent promising solution is presented in the Google DeepMind project. It represents the first iteration of a state readout technology for neural networks, enabling ANNs that are both trainable and programmable, which solves part of the black-box problem.

Another recent development is to use multiple small dedicated ANNs that handle unique specified tasks with a supervised learning approach, rather than a unique huge ANN that learns from a massive dataset. Complex behaviours are not straight forward to learn and the unique ANN may present a surprise factor represented by undesired behaviour; something not admissible in aviation.

Also, there are no solid validation methodologies for DL models. How can we verify that machine learning learns from the correct data and will behaves with the performance guarantees we need?