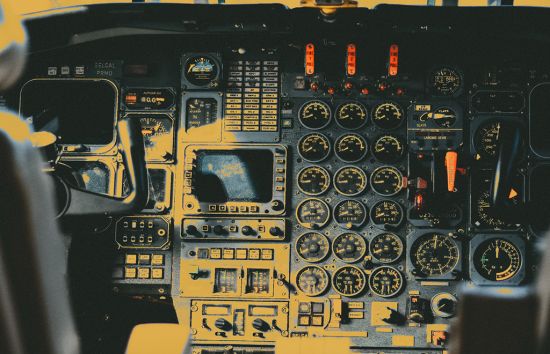 Is autonomous aviation a reality?

Is autonomous aviation a reality?

What is autonomous aviation?

UAS, or Unmanned Aircraft Systems, are remotely piloted aircraft—i.e. a human operates the aircraft without being on board the vehicle. This article will focus on fully autonomous aircraft UAS: a new type of vehicle that can operate without a pilot, interact with traffic controllers, operate independently within the airspace and contact other pilots just as a human would. Autonomous operations require large data processing efforts and automated information processing, such as with videos or images.

These systems may improve aviation safety and efficiency and contribute to fuel and time savings due to route optimisations, reduction of operating costs, and support for pilots.

How does autonomous aviation work?

A combination of sensors and artificial intelligence technologies work together to enable autonomous aviation. Some of the technologies used in UAS are:

With this combination, the software systems can process real-time data that fuel artificial intelligence for autonomous aviation.

Currently, the most advanced fully autonomous flying vehicles are AutoFlight and ATTOL, from Xwing and Airbus, respectively.

Autoflight is an autonomous flight system developed by Xwing, a San Francisco-based company founded in 2016. This system integrates sensors and maps with onboard flight control systems to allow regional aircraft to navigate safer than ever before.

In May 2020, the company acquired a Part 135 Air Carrier certificate from the Federal Aviation Administration. With this certificate, it can operate on-demand unscheduled charter services for air cargo transport. After this certification, Xwing made great advances in testing ground taxiing, takeoffs, landings, and flight operations supervised by a mission control center.

Based on this progress, the company announced on April 15th that it has completed the first fully autonomous demonstration flight in a Cessna Grand Caravan 208B aircraft. This flight included the departure and entry to a hangar during takeoff and landing, all monitored by a safety pilot.

Unlike other autonomous flight systems that require the development of new aircraft, Xwing’s system is installed on existing aircraft and will reduce the cost of developing new, autonomous aircraft.

Following the news of this flight, the company has received $55 million in capital from Led by Blackhorn Ventures, alongside ACME Capital, Loup Ventures, R7 Partners, Eniac Ventures, Alven Capital, and Array Ventures—capital that it plans to use for its expansion in twelve months.

With these technologies, Airbus announced on January 16th of 2020 that it successfully performed the first automatic take-off using vision-based technology on an Airbus test aircraft at Toulouse-Blanca airport. This test consisted of a total of eight take-offs in four and a half hours with a crew of two pilots, two flight test engineers, and a test flight engineer.

In June 2020, Airbus concluded this project after more than 500 flights. Over 450 flights were used to gather raw video data and tune algorithms. Later, a series of six test flights, each with five take-offs and landings, was used to test those same autonomous systems.

The mission of Airbus is not autonomous navigation itself, but rather the exploration of autonomous technologies to analyse their potential in addressing key industrial challenges of the future, such as air traffic management improvements, operations enhancements, and pilot shortages. For Airbus, pilots will remain at the heart of operations. Autonomous technologies allow them to focus less on aircraft operation and more on mission management and strategies, provided the necessary certification and regulation processes are developed by the relevant authorities. A review of the regulatory roadmap will be published soon in this blog.

Noting the great progress in these projects, autonomous aviation may be much closer than we think—and may soon be a reality in our daily lives.